Click here to submit your article
You are here: Home » Health and Fitness » Conditions and Diseases » Eye » The Risks of Laser Eye Surgery

The Risks of Laser Eye Surgery

Though it is the most prevalent of laser eye surgeries, LASIK has its share of complications. The post-operative complication rate is estimated from 3% to 6%. LASIK eye surgery involves cutting a flap of the corneal tissue with a hinge being left at one end of the flap. The flap is then folded back to reveal the stroma, the middle section of the cornea. After reshaping the corneal tissue with the aid of a high precision laser, typically the excimer laser, the flap is repositioned so as to remain in place by natural adhesion until it heals completely.

The LASIK procedure entails certain flap complications. Among the post-operative flap complications, a slipped flap is one of the most common. The corneal flap created during the operation may inadvertently detach from the rest of the cornea. It is imperative that the patient goes home and sleeps after surgery so as to let the flap heal, since the chances of flap dislocation are the greatest immediately after the surgery.

Other types of flap complications include folds in flaps and undesired epithelial in-growth. Post-operative folds in flap typically necessitate repositioning of the flap. Flap related problems are relatively common when it comes to LASIK complications. But they rarely lead to a permanent visual acuity loss. Moreover, the occurrence of flap complications decreases with increased surgeon experience. An expert LASIK surgeon, wielding superlative equipment, is far less likely to commit an error during the surgery.

Since LASIK entails the removal of a part of the corneal tissue, the cornea becomes thinner as a result of the procedure. Myopic shifts at extreme altitudes have been attributable to this thinning of the corneal surface. LASIK technology has advanced in leaps and bounds, with much advanced and risk free procedures available today. Owing to this, the chances of flap complications are rather minuscule. Moreover, there isn’t a large body of conclusive evidence so as to assert the chances of any long-term flap complications due to LASIK.

In summary, LASIK is a viable and safe procedure when it comes to correcting a variety of refractive errors. Furthermore, whatever small flap complications may arise can be rectified with ease.

Finding a LASIK surgery that you are confident about will be able to give you more information about the risks of laser eye surgery. 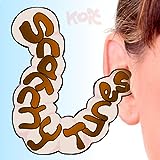 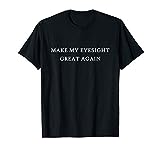