Click here to submit your article
You are here: Home » Health and Fitness » Conditions and Diseases » Neurology » Movement Disorders » What is Parkinson’s Disease?

What is Parkinson’s Disease?

Parkinsons disease is a relatively common disorder with the nervous system that is because of problems with the neural cells in a part of the brain that generates dopamine. This is a chemical that is required for the smooth control of muscles as well as movement, so the signs and symptoms of the disease is because of a loss of that dopamine. Parkinson’s disease primarily impacts people aged over 65, however it can and does start at younger ages with 5-10% taking place below the age of 40.

The primary signs and symptoms of Parkinson’s disease are a tremor or trembling, which usually starts off in one arm or hand; there is frequently a muscle rigidity or stiffness and a slowness of motion; the posture gets to be more stooped; in addition there are equilibrium difficulties. Parkinson’s can cause increased pain and bring about depression and create difficulties with memory and also sleeping. There is not any unique test for the proper diagnosis of Parkinson’s. The identification is usually made based mostly on the history of the symptoms, a physical as well as neural examination. Additional causes for the symptoms also need to be eliminated. There are imaging testing, like a CT diagnostic scan or a MRI, which can be used to eliminate other conditions. From time to time a dopamine transporter test might also be utilized.

The actual cause of Parkinson’s is not known. It does appear to have both genetic and environmental components with it plus some experts believe that a virus can induce Parkinson’s too. Reduced amounts of dopamine and also norepinephrine, a substance which in turn controls the dopamine, have already been observed in individuals with Parkinson’s, however it is not yet determined what is causing that. Defective proteins that are called Lewy bodies have also been located in the brains of people that have Parkinson’s; nevertheless, authorities do not know what purpose they would participate in the development of Parkinson’s. While the specific cause is just not known, research has revealed risk factors that establish groups of people who are more prone to develop the condition. Men are more than one and a half times more likely to get Parkinson’s when compared with women. Caucasians are much more prone to have the disease when compared with African Americans or Asians. Individuals who have close close relatives who have Parkinson’s disease are more likely to develop it, implying the genetic involvement. Several harmful toxins may increase the likelihood of the condition, suggesting a function of the environment. Individuals who have had complications with head injuries may be more likely to go on and develop Parkinson’s disease.

There isn’t a known cure for Parkinson’s disease. That doesn’t imply that the signs and symptoms can not be dealt with. The chief method is to use medications to help increase or alternative to the dopamine. Balanced and healthy diet along with regular exercise is essential. There could be improvements made to the environment both at home and work to maintain the person included and employed. There’s also some possibilities in some instances for brain medical procedures which can be used to minimize some of the motor signs and symptoms. A large group of unique health care professionals are frequently involved.

Living with Parkinson's Disease: A Complete Guide for Patients and Caregivers
$21.49
Buy on Amazon
Bestseller No. 2 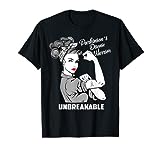