Box Hill is a respectable middle-class eastern suburb of greater Melbourne in Victoria, Australia. Via the freeway it is fourteen kms from the cbd of Melbourne. The current municipality of Box Hill has got an established population of just below 12 000 people. For administrative purposes, Box Hill is now part of the City of Whitehorse.

Prior to the arrival of Europeans the location was the location of the Wurundjeri Aboriginal people. The initial European land owner was Arundel Wrighte whom took up a pastoral contract for the property in 1938. Box Hill was initially formally declared a city in 1927 with it expanding over the following century into its own city. In 1871, the inhabitants of the township was 154 and was mostly orchards, vineyards and other combined varieties of agriculture. During this time the town became a key market centre for the fruit and vegetables that have been grown in the area at the time. Box Hill was taken in into greater Melbourne in the 1950’s included in the eastward growth of Melbourne. The specific name of Box Hill had been selected at the gathering in 1860 of local people put forward numerous desired location names. A competition was held and was won by a local store owner, Silas Padgham, who had been also the initial postmaster of the neighborhood. He had been born in Box Hill in Surrey, England, so this become the term for the town.

These days, Box Hill is known for its significant Chinese community with over 65% of people not born in Australia. Box Hill also has Melbourne’s tallest high-rise buildings outside of the central business district and because of this is often known as Melbourne’s 2nd metropolis. It has now turned into a key transport centre for the eastern and surrounding suburbs with one of the most busy suburban train and bus depots. It provides a major hospital which initially started out in 1956 and also a significant shopping area. The place is served by three high schools and one TAFE with quite a few primary schools and pre-schools.

A substantial landmark in Box Hill is the old Surrey Dive that was a well-known swimming lake. It was certainly not the best lake, but a hole that was dug up to provide clay for the brick manufacturing plant close by, starting in 1880 that filled up with water. There are actually numerous unverified gossip and accounts about drownings at the lake. Surrey Dive was developed back then into amongst Australia’s premier swimming competition venues. It was intended for competition up to the 30s, when a pool ended up being built near the Dive. The building of the brickworks still exist but have not used for a very long time and has ended up being the target of graffiti artists and vandals more recently. Due to this it is now fenced off and derelict. The massive smokestack continues to cast a shadow on the dive. The Dive has become an attractive lake and also the home for a model boat club. The Dive is not used for swimming. The old brickworks is a protected heritage site.

Aftermath (Part One)
Buy on Amazon
Bestseller No. 2

Freddie Mercury: The Ultimate Showman
Buy on Amazon
SaleBestseller No. 3 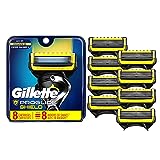