Click here to submit your article
You are here: Home » Entertainment » Music » What is hardcore music?

What is hardcore music?

Hardcore was originally acclaimed as dirt, quick and bustling punk-rock, which emerged in the US in late 70-ies through early 80-ies. The hard-core bands, including Black Flag, Circle Jerks, Teen Idles, Minor Threat, Jerry’s Kids posed as founders of hardcore.

Until 80-ies, hardcore appeared to be peculiar of ear-teasing, short and quick songs of approximately 1 to 1.5 minutes with presence of social lyrics. This stage completed due to bands’ tendency either to split up or, to, simply, shift to different musical style. Those times hardcore is labelled the old school hardcore.

Some bands, including Earth Crisis, All Out War, Strife, following the old school hardcore, enriched their music with combination of slow melodies and metal elements, which, thus, committed to establishment of the new school of hardcore.

The others, like Husker Du, Meat Puppets and Embrace however, applying restrictions to “hardness” in their music, developed the new styles of grunge and emocore, respectively. The emocore boasts the peculiar features of emotional performance, melodic and soft back-vocal, minor chords as well as typical behaviour on stage.

The Bad Religion band, established in 1980, omitting usual now presence of slowness and duration in songs, posed as establisher of new musical trend through introducing professional beck-vocal. The style appears to lack in denomination, but is conditionally nicknamed as skate-punk (trifle lighter form of the said music is played by Blink-182 and New Found Glory), although it differs from traditional pop-punk, represented by Ramonez, Buzzcocks and Lookout records, both, in origin and style.

As the time passed by, the hardcore influenced development of such styles as fast-core, thresh core and crossover, however, the bands, following the said style failed to experience support of great audience, as their processors did.

The styles encountered development of a parallel manner (they experienced step-by-step development from the very beginning).

It should be noted that a style, depending on social background and geographical location may posses original and unique nuances. 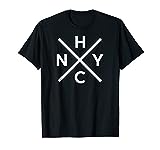 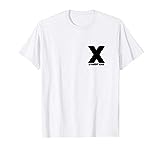