Click here to submit your article
You are here: Home » Entertainment » Entertainers » The Longevity of Aerosmith

The Longevity of Aerosmith

For over three decades, Aerosmith have been one of rock’s most revered and popular bands, crafting classic songs full of raw guitar runs and intensely energetic vocals. The band first reached fame in the 1970’s with a string of hits including “Dream On,” “Sweet Emotion” and “Walk This Way.” During this period, Aerosmith’s music defied easy categorization, falling somewhere between hard rock/blues and early punk, with occasional power ballads here and there. The band enjoyed major popularity throughout the 1970’s, but a split from 1979-84, and the serious substance abuse and drug addictions that contributed to their decline, would nearly relegate them to the annals of history. However, in 1984, Aerosmith was born again. They went on to enjoy resurgence in popularity that has made them one of the top-selling and most popular rock bands in the world today.

Throughout their rough and rocky history, Aerosmith defied failure and even defied mediocrity in a fast-paced rock-and-roll world abundant in tragedy and also-rans. Aerosmith signed with Columbia in 1972 and debuted their first album simply titled Aerosmith, which included a hit single, “Dream On”. After constant touring, the band released Get Your Wings in 1974, which did quite well on the charts, but it was Toys in the Attic in 1975 that established Aerosmith as international superstars. Originally pegged as Rolling Stones clones, Toys in the Attic showed that Aerosmith was a unique and original talent in their own right. Part heavy metal, part glam rock, and part punk, Toys in the Attic was an immense success, starting with the single “Sweet Emotion”, then a successful re-release of “Dream On”, and a new song from the album, “Walk This Way”. Both of the band’s previous albums re-charted as a result. Aerosmith’s next album, Rocks, went platinum swiftly and featured two hits, “Back in the Saddle” and “Last Child”.

Their next album, Draw the Line, was not nearly as successful, though the title track proved to be a minor hit. While continuing to tour and record into the late 1970’s, Aerosmith acted in the movie version of Sgt. Pepper’s Lonely Hearts Club Band, covering the Beatles hit “Come Together.” As their popularity waned and drug abuse began affecting their output, Joe Perry left the band in 1979 during the recording of their sixth studio album Night in the Ruts and formed The Joe Perry Project. Perry’s role in Aerosmith was initially taken by longtime friend and songwriter Richie Supa and then later by guitarist Jimmy Crespo who recorded the remainder of the album.

Aerosmith released its mammoth-selling Greatest Hits album in 1980, and in 1981 the band suffered another loss with the departure of Brad Whitford. Rick Dufay replaced Whitford and the band recorded their seventh album, Rock in a Hard Place. The album was considered a relative failure. The tour that followed this release is notable for Steven Tyler’s collapse onstage during a 1983 performance.

On Valentine’s Day 1984, Perry and Whitford went to see Aerosmith play. They officially rejoined the ranks of Aerosmith once more in April of that year. Steven Tyler recalls, “You should have felt the buzz the moment all five of us got together in the same room for the first time again. We all started laughing – it was like the five years had never passed. We knew we’d made the right move.”

Aerosmith embarked on a lucrative reunion tour entitled “Back in the Saddle”, which produced the live album Classics Live II. Their problems were still not behind them when the group signed with Geffen Records and began working on a comeback.

1985 saw the release of Done with Mirrors, their first studio album since the highly publicized reunion. It fared relatively well commercially, but it did not produce a hit single or generate much hope for their comeback. By the time the record was released, Tyler and Perry had exited drug rehabilitation. The group appeared on Run D.M.C.’s incredibly successful cover of “Walk This Way”, blending rock and roll and hip-hop and successfully beginning Aerosmith’s comeback. The group’s next release was Permanent Vacation (1987), which included the hits “Dude (Looks Like a Lady)”, “Rag Doll”, and “Angel”. Their next album, Pump, was received even better; Pump featured four Top Ten singles: “Janie’s Got a Gun”, “What It Takes”, “Love in an Elevator”, and “The Other Side”. Aerosmith was definitely in the midst of a major resurgence.

Despite significant shifts in mainstream music at the beginning of the 1990’s, the band’s 1993 follow-up to Pump, Get a Grip, was just as successful commercially. Though many critics were unimpressed by the focus on power-ballads in promoting the album, three songs (“Cryin’ “, “Crazy” and “Amazing”) proved to be huge successes on radio and MTV. The music videos featured then fresh up-and-coming actress Alicia Silverstone; her provocative performances earned her the title of “the Aerosmith chick” for half a decade. Steven Tyler’s daughter, Liv Tyler, was also featured in the “Crazy” video. Aerosmith signed with Columbia Records again in the early 1990’s, but they had to complete two contractual albums for Geffen before recording for the new label.

The next album, Nine Lives, was plagued with personnel problems, including the firing of manager Tim Collins. Reviews were generally mixed, and Nine Lives initially fell on charts, although it had a long chart life and sold double platinum in the US alone. It was followed by a series of late ’90’s releases, mostly earlier material that was live or retrospective. The albums sold relatively well, but also marked a second decline in popularity and critical respect for the band.

Aerosmith’s biggest hit of the ’90’s, and its only #1 single to date, was the love theme from the film Armageddon, “I Don’t Want to Miss a Thing”. This song was conceived by Joe Perry and Diane Warren, although Warren alone received songwriting credit. Steven Tyler’s daughter Liv was featured in the movie. In 1999, they were in the Disney-MGM Studios ride (and later in the Walt Disney Studios Park ride), Rock ‘n’ Roller Coaster. Aerosmith provided the soundtrack and theme for the ride, which is based on their recording session and following concert.

The band started its next decade with the release in 2001 of Just Push Play, which charted well. They were also inducted into the Rock and Roll Hall of Fame. Later that year, the band appeared as part of the United We Stand concert in Washington D.C. for 9/11 victims and their families. Stubbornly, the band flew back to Indianapolis for a show the same night, refusing to interrupt their Just Push Play tour schedule.

In 2002, Aerosmith released the 2-disc compilation O Yeah! Ultimate Aerosmith Hits and embarked on the Girls of Summer tour with opening acts Kid Rock and Run-DMC. In 2003, Aerosmith co-headlined with Kiss on the Rocksimus Maximus tour. Their long-promised blues album, Honkin’ on Bobo, was released in 2004. The Album continues to be a success, helping to inspire the resurgence of blues and roots music across the US and Europe. A live DVD, You Gotta Move, followed it in December 2004. The band also lent its well-known “Dream On” to an advertising campaign for Buick in 2004, targeting their audience, which is now composed largely of people who were teenagers when the song first charted.

In 2005, guitarist Joe Perry released his eponymous solo album. Many claim that it is in many ways truer to the Aerosmith of the ’70’s than any of their recent output. This is mostly due to its raw energy and lack of song doctoring. In October 2005, Aerosmith released a CD/DVD named Rockin’ the Joint. The band hit the road for the Rockin’ The Joint tour on October 30th with Lenny Kravitz and is still touring.

They expect to be on the road until some time around Spring 2006. Rumor has it that they will begin work on a new album at that time. It was announced in January that the band will embark on a 5-week tour with Cheap Trick in the spring. Rumors of a tour started a week before the announcement when Cheap Trick front man Robin Zander joined the band onstage for “Come Together” during a concert in Tampa, Florida. Early reports also indicate that the band plans to resume touring in the fall of 2006, most likely in support of the new album. According to insiders, an upcoming tour may see them alongside Motley Crue. 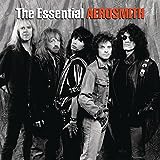 The Essential Aerosmith [Explicit]
$14.99
Buy on Amazon
SaleBestseller No. 3 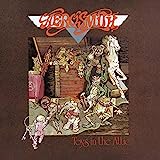