Click here to submit your article
You are here: Home » Health and Fitness » Conditions and Diseases » Sleep » Dealing With Sleep Apnea

One of the most well-known sleep disorders, sleep apnea is a fairly common condition. Marked by interruptions in breathing during sleep, sleep apnea causes the person suffering from this condition to wake up, or partially wake, several times during the night. Because of the frequency of these interruptions in breathing, a person with sleep apnea will have trouble getting a restful night’s sleep, causing them to feel the effects of sleep deprivation during their waking hours.

Sleep apnea is sometimes difficult to diagnose, simply because it only strikes while the person is asleep and won’t notice that it is happening. Because most people with sleep apnea awake only partially – not fully – so they do not actually notice that they have had their sleep cycle interrupted. Thus, if someone wants to determine if they have sleep apnea, they will have to look for the symptoms.

The most common symptom of sleep apnea is excessive sleepiness upon waking. Because the sleep cycle is being interrupted, the person is not refreshed during the night and will wake up feeling lethargic, fatigued, or even feel like they need to go back to bed for another round of sleep. Also, people with sleep apnea almost always snore; often very loudly. However, a person does not necessarily have to show these symptoms to have sleep apnea. In fact, a bed partner may be the only person to notice the interruptions in breathing during the night.

Additionally, people with sleep apnea are often overweight to obese, so treatment usually involves helping people to lose weight. Treatment can also include eliminating alcohol or other substances that help people relax, quitting smoking, using special pillows or other appliances that help keep the airways open, or even special apparatus that uses air pressure to keep the airways open. This last form of treatment, continuous pressure airway pressure (CPAP), uses a breathing mask to pressurize the airways and inflate them, almost like a balloon. Though this form of treatment is more than a little disconcerting at first, they quickly get used to the mask and find that they feel much more alert in the morning.

Sleep apnea is very difficult for a person to self-diagnose but, once the problem is found, there are treatments available. But for people who are overweight and have large necks, smoke, use sedatives or muscle relaxers, or just drink too much alcohol, lifestyle changes would be the best place to start either keeping sleep apnea away or treating it before it becomes a major health concern. After all, not breathing is a problem whenever it happens. So by treating sleep apnea now, sufferers can keep performing the one act they need to perform every day and every night. 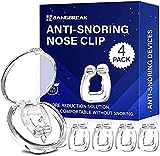 Sleep Apnea: A New Approach to an Emergent Problem
$7.99
Buy on Amazon