Click here to submit your article
You are here: Home » Entertainment » Music » Is rap actually music?

This is a style that stays aside all the other music trends. Not aside, but somewhat deeper. The reason is it is a reflection of the race, the plurality of people united by roots and origin. Rap is the culture of Afro-Americans, the continuation of their language and traditions. Rap is a mixture of speech and music, actually it is speech laid on music or beat it’s better to say. And when we claim that people are united through music, meaning every single human being on this planet, rap unites the ones close to blood by music and then everybody else, either welcoming or being hostile to a newcomer. What attracts people in rap? Is it catchy? Maybe. Those non-natives to rap often state the flow of speech is too quick and it is difficult to differentiate the words. Sometimes it seems rap music is only for those from the cradle. Foreigners are not invited.

Rap is classified as urban poetry of lyrical resistance. Thus it is not the music for village like country music. It is the gathering power of those united by music in big cities. The aim is to resist the grieves because misfortunes are more dramatic and numerous in urban areas.

Rap does not only speak to the mind and emotions, but speaks to the society all around people, for people. If the words or courage to say those words are not there, the subconscious takes over and the Rap lyrics kick in.

But once captured by the beat, most people – mainly younger ones – begin to hear the words, and the words may describe just how they are feeling that day. If the boss came to work with an agenda to screw everyone, some people will “feel” the words and the beat, especially when enclosed in a car doing 70 on the freeway. It’s something about riding with the music turned full-blast that has a way of absorbing the mind and supplying a means of temporal escape.

Some songs have innocent words that impress upon the mind to be released later at the water cooler. Some choruses are catchy and when sung by certain artist will stay within the subconscious long after. Various rappers have unique voices that some people find attractive or along the same vocal tone as their own voice, which it makes it easier to sing along.

First goes the beat, and then goes the lyrics! It is not as smooth and tender as classical music, not as glossy as pop, but it has the scream of pain of real emotion of the world’s harshness. One may even state that rap is the most pain expressing music style. Those who sing it or it is better to say read it revive their feelings not only concerning love, as most of the other styles do. Their message is about life and the problems, especially the ones of the Afro-American people. The music of pain and oppression, rap is a remedy to the latter. Let all the pills be like that!

The Rap Year Book: The Most Important Rap Song From Every Year Since 1979, Discussed, Debated, and Deconstructed
$15.99
Buy on Amazon
Bestseller No. 2 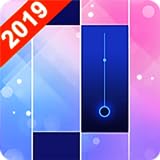 The History of Gangster Rap: From Schoolly D to Kendrick Lamar, the Rise of a Great American Art Form
$17.29
Buy on Amazon