Click here to submit your article
You are here: Home » Health and Fitness » Conditions and Diseases » Gastrointestinal » Dealing with a gastric ulcer

Dealing with a gastric ulcer

Medically speaking, gastric ulcer or peptic gastric ulcer is a damage on the normal tissues that line the stomach. It is different from the duodenal ulcer, which pertains to damage on the normal tissue lining of the initial part of the bowel or the duodenum. Though gastric ulcer is a common disease among Americans, diagnosis is still quite hard to perform since the clinical presentations of disease vary. Manifestations may range from asymptomatic or showing of no symptoms to nausea, acute-life foreboding internal hemorrhage, epigastric pain, and iron-deficiency anemia.

Gastric ulcer is produced from torn or sored protective layers of the stomach lining. These layers produce the mucus that protects the stomach from becoming injured by harsh digestive gases and stomach acids.

Causes
Gastric ulcer is basically due to the imbalanced secretion of stomach enzymes and acids as well as the components released in the mucosal lining of the stomach. This then will get inflamed that may be aggravated by aspirin and NSAIDs or Non-Steroidal Anti-Inflammatory Drugs. NSAIDs are commonly taken to combat the symptoms of other ailments such as back pain and kidney pain.

Risk factors
Risk factors are some of the causes that may intensify the susceptibility of a person against a disease. In this case, gastric ulcer.
� Regular use of non-steroidal anti-inflammatory medications like ibuprofen and drugs such as aspirin and naproxen
� Chronic gastritis
� Smoking
� Mechanical ventilation
� Increased age
� Helicobacter pylori infection

Interestingly enough, stress and a number of emotional problems are not labeled as risk factors to gastric ulcer. Yet there are studies that may show otherwise. They point out that stress may be a contributing factor to the aggravation of the ailment.

The chance of developing gastric ulcer is further increased by regular smoking and over-use of non-steroidal anti-inflammatory drugs.

It must be noted though that there may be no manifestations of symptoms in some gastric ulcer cases.

Differentiation of gastric ulcer and duodenal ulcer
� Classic gastric ulcer pain is often characterized by pain attacking after every meal. The use of antacids may not be as effective and may only provide temporary and very minimal relief.

� The gastric ulcer pain is typically sited at the epigastrium yet it may also be founded in the upper right quadrant of the stomach area and elsewhere.

� Unlike with gastric ulcer, duodenal ulcer pain usually sets hours after meals and during night. This may be relieved using antacids and specific foods.

� Pain that radiates to the back may suggest of complications involving the pancreas.

� There are cases of bleeding gastric ulcers and these may show significant signs of melena, hematemesis, and attacks of presyncope.

Treatments of gastric ulcer are very effective yet recurrence is possible and complications are most likely to develop. Three percent of all gastric ulcer cases advance to becoming as stomach cancer so it is extremely important to inform your health care provider of all conditions that you fell during attacks. 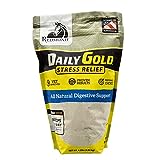 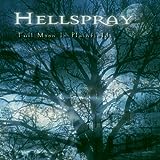 Tweet
Send to Friend
Share
gastro
Previous postHow do podiatrists off-load the diabetic foot? Next postIs There A Cure For Alzheimer’s?