Gout is one of those historical problems because there are several mentions of gout in historical literary works, at least since medieval times. The historic typecast of gout is that it is linked to the upper classes that binge in alcohol and certain foods. That concept was depicted in early artwork depicting those that had gout. Gout has stopped being deemed a disease of over consumption, due to the new research demonstrating an important inherited aspect to it.

Gout can be a painful inflammatory condition that mostly affects the joints, most typically the big toe joint in the feet. It’s because of uric acid crystals being deposited in joints if the blood uric acid quantities are generally increased. The uric acid is produced by the break down of purines that can come from the ingesting of foods like venison, fish, tuna fish, haddock, sardines, anchovies, mussels, herring and also alcohol. You can actually see how that historical misconception was built based on the over consumption of the higher classes in those kinds of foods and alcoholic beverages. The actual issue is not really the quantity of those food items which can be consumed, but the genetics of the physiological pathway that splits the purines in those foods down into the uric acid and just how the body handles the chemistry.

While diet is still important in the treating of gout and decreasing the quantity of food items that have the purines with them continues to be regarded significant, but it is becoming clear in recent years this is just not sufficient by itself and just about all those who have gout will probably need to have pharmaceutical management. No need to explain that medicine is going to be necessary for pain treatment throughout an acute attack. This acute period of gout can be quite painful. In the lon run there are 2 kinds of drug treatments that can be used for gout. One type of medication obstruct chemical substances in the pathway which splits the purines into uric acid, which simply indicates you will have much less uric acid in the blood that may find its way into the joints to bring about an acute flare up of gout or cause the persistent gout. The other main sort of drug is one which helps the renal system remove much more uric acid. This would additionally lower the urates in the blood. Usually, just one of these drugs is actually all that is needed, but occasionally both are necessary to be made use of concurrently. Since these prescription medication is usually rather effective, that does not imply that the life-style and diet plan improvements might be overlooked. Local methods, for example using good fitting shoes if the big toe or hallux joint gets too painful is extremely important. Even ice packs throughout an acute attack will also help with the relief of pain.

Most of these concerns on gout had been discussed in depth during a recent show of the podiatry livestream, PodChatLive. In this episode the hosts chatted with the podiatrist, academic and researcher, Keith Rome that has significant experience in gout with numerous publications on the subject. Podiatrists play a significant role in helping deal with gout pain. 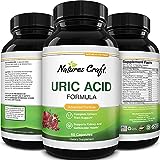 Tweet
Send to Friend
Share
foot, gout
Previous postShould You Use Recovery Footwear? Next postWhat is a gait analysis?