Click here to submit your article
You are here: Home » Health and Fitness » Conditions and Diseases » Infectious Diseases » The History Of Ebola

The History Of Ebola

Ebola is among the most serious viral conditions known to have an effect on humans. It was first discovered back in 1976 after outbreaks of a fatal type of haemorrhagic fever which occurred in various parts of Central Africa, in the Democratic Republic of Congo in a village located near the Ebola River and after that an additional outbreak in Sudan about five hundred miles away from the initial case. It was suspected that both were precisely the same virus transmitted by way of a traveller but subsequently a genetic investigation showed that these were due to distinct strains of the Ebola virus. Following research into the virus in addition to epidemiological records reveal that the Ebola virus had persisted for some time previous to both of these first recorded outbreaks occurred. The virus likely propagated by way of human population expansion, the encroachment of society into forested regions, and immediate connections with animals. Since that initial breakthrough back in 1976 there has been several instances and outbreaks of Ebola Virus Disease happening in the African continent with the 2014-2016 Ebola outbreak in West Africa beginning in rural Guinea being the more serious. It quickly dispersed to cities and then over borders inside weeks. In just a several months it was a global situation. Throughout this occurrence medical care staff made up 3.9% of Sierra Leone, Liberia, along with Guinea, in contrast to within a prior outbreak in Kikwit back in 1995 health care personnel made up 25% of Ebola cases during those times. In 2014-2015 the majority of spreading events occurred were in between close relatives, mostly by immediate contact with the bodies of those that passed away the infection by Ebola. Public health interventions to alter routines connected with grieving and burial and employing safe burial procedures, were vital in managing that outbreak.

During the time of that first outbreak of Ebola in 1976, a lot of work was placed into figuring out the host along with the process of spreading of the Ebola virus so that details may be used to deal with outbreaks. Professionals analyzed thousands of animals, insects, and also plants searching for a resource and reservoir and picking out the source turned out to be extremely tough as the reservoir host of the Ebola virus almost certainly does not experience any kind of acute sickness, therefore it is retained first in the surroundings through spreading from host to host as well as through intermediate hosts or agents till it manifests being an symptomatic disease in people. The African fruit bats have been identified as most likely included in the propagation of the Ebola virus and may also be the source animal, but this is just not fully validated as yet. In early outbreaks, the use of dirtied needles along with syringes almost certainly empowered transmission with the virus. There are accounts that in this initial 1976 outbreak within the Democratic Republic of Congo, nurses in a missionary medical facility used just five syringes for 300 to 600 patients a day. This near exposure to infected blood, and also this reuse of infected needles as well as incorrect nursing techniques were most likely the resource for a great deal of the human-to-human transmission throughout earlier Ebola episodes. Now that much more is understood in regards to the spreading of the virus and the risks associated with a variety of health care strategies, that risk is much less and any episodes are likely to be swiftly brought under control.

Ebola: The Natural and Human History of a Deadly Virus
$11.39
Buy on Amazon
Bestseller No. 3 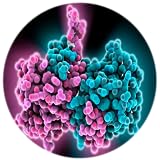 Tweet
Send to Friend
Share
ebola, infections
Previous postWhere were you in 1966? Next postWhat are the health risks associated with drinking too much cola?