Click here to submit your article
You are here: Home » Health and Fitness » Conditions and Diseases » Orthopaedic » Foot Problems » How to make use of podiatry felt for foot problems

How to make use of podiatry felt for foot problems

Podiatry (or which used to be named ‘chiropody’) felt is a regularly used padding material to treat a variety of difficulties in the feet. The podiatry felt is a natural material which is semi-compressed into the padding having a adhesive layer. The felt padding is supplied in flat sheets which could be then be trimmed to any shape using scissors or it’s available in many different designs as pre-cut pads for different types of foot conditions and several locations on the foot. The protective sheet over the adhesive padding is taken away and the felt pad is stuck to the foot to protect almost any painful location to give that spot a rest so the symptoms may be relieved and the condition given a chance to heal.

For bunions a large pad the same shape as a doughnut may be cut and stuck over the bunion to get footwear force off the painful hallux valgus. When there is a corn on a toe, then the small felt pad might be cut and placed just simply behind the painful corn in order that the footwear pushes on the felt pad rather than on the painful corn. This can decrease the symptoms and let the inflammation to subside. Pain below the ball of the foot may well be taken care of by using a felt pad which goes over the ball of the foot and a cavity is trimmed in the padding in the location where the painful location is. These are just a couple of examples of how the felt pad might be used to deal with foot problems.

It can be helpful to skive the sides of the adhesive felt pad using scissors as the pad will remain on the foot longer. You always have to make sure your skin is clean ahead of removing the backing of the adhesive and firmly sticking the adhesive felt to the foot. Do not make the blunder of using an emollient lotion ahead of using the felt padding. It is really not going to stick after doing that. Following the adhesive felt padding is in place and shielding the painful area, then it is ordinarily a good option to apply piece or pieces of adhesive strapping to help you hold the felt pad in position and stop the edges of the pad becoming caught up in the socks whenever using them. It is crucial that the felt does not get wet and kept dry whenever possible. When it is, then the adhesive pad will be kept in position for at the very least several days. Frequently, the podiatry felt padding needs to be swapped out every few days. These replacements using the podiatry adhesive felt padding may be done so long as is required for the painful area to get enough rest to get better.

This podiatry felt is an effective temporary method for a wide selection of foot symptoms. It is usually not necessarily the most suitable choice over the long term. If you think as though you need something like this kind of padding in the long term after having a quick test, then discuss the long term solutions with your podiatric physician. 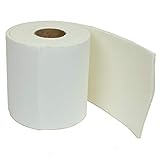 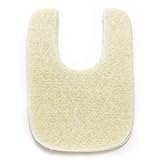 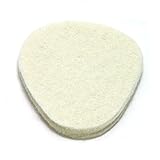