Click here to submit your article
You are here: Home » Health and Fitness » Conditions and Diseases » Orthopaedic » Foot Problems » What can a podiatrist do for a hammer toe?

What can a podiatrist do for a hammer toe?

Hammer toes are frequently treated by podiatrists since they can be a cause of pain in the foot. A hammer toe is a term which is widely used to describe any kind of toe disability, but a hammer toe is a particular deformity of a toe. The hammer toe deformity typically only affects just in one toe at what is called the proximal interphalangeal joint. This is actually the joint near the base of the toe and it is directed upward and the end of the toe is directed down.

The leading symptom of the hammer toe is usually when something like a corn builds up on the top of the toe with the footwear pressure and becomes painful. This usually develops when you are wearing tight shoes which puts pressure on the top as well as end of the toe. There can be a bursa which occurs underneath the corn or rather than the corn. The majority of the signs and symptoms which develop are due to pressure coming from the shoe on the toe. You may also have a callus which occurs underneath the metatarsal head near the bottom of the toe on the ball of the feet. To start with, a hammer toe is flexible, however, if its been there for a long time it can become more stiff.

Hammer toes come from a number of things. Most often some people are simply structurally vulnerable to have hammer toes implying an inherited factor. Tight footwear is an important factor in the reason for hammer toes. The tight shoes also provides the pressure that triggers the symptoms. It’s also thought that less strong small muscles in the feet could also play a role in hammer toe progression.

Hammer toes prevention can be difficult as signs and symptoms do not usually begin before the concern is well-established, so it will be well along the way. The using of footwear which have additional room in the toebox may help the problem or at least slow down the hammer toes development.

There are lots of methods that podiatry practitioners could take to deal with a hammer toe. The very first strategy that a podiatrist will advise you on could be important to follow is suggestions regarding proper shoes. You need to have the correct amount of space in the toe box in the shoes which will allow space for your toes to move without too much pressure on them. If a corn is present on the toe then this will need to be treated. During the early stages if your toe continues to be flexible, it might be possible to use splints or strapping in an attempt to retain the toe in a fixed alignment. Until the footwear is adequately fitted then that can often be unsuccessful. Podiatrists frequently use felt padding so you can get pressure off of the toe that can help the symptoms. If these conservative treatments are not working at helping the pain, then surgical treatment is usually a good alternative. Surgery to fix a hammer toe can be undertaken as a outpatient treatment if required. There are numerous various kinds of procedures that can be used depending on the foot structure and if the hammer toe is flexible or rigid. For people who have a hammer toe which can be causing problems, then see a podiatrist. 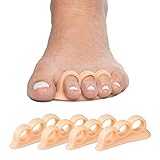 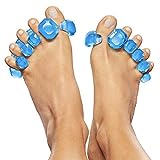 Tweet
Send to Friend
Share
Previous postHow do Podiatrists Treat Ingrown Toenails Next postHow can a beginner learn to play the piano?