Running footwear appear in numerous types of distinct designs which are not only distinct depending on the coloring. They can have diverse levels of cushioning, various level of heel height and various levels of bend in the midsole. The mixture of these and lots of various other distinct design characteristics in the running footwear result in the variety being quite wide. These may leave the athlete pretty puzzled as to what kind of athletic shoes is the better. Because they are all so totally different there is absolutely no such thing as the very best running footwear, with the best for one runner being rather distinct for what is ideal for another athlete. The difficulty is working out what is the better for you. Unique runners have got different running techniques, different foot contours and diverse objectives. Every one of these and a great deal more should be taken into account to obtain the best athletic shoes for each individual runner.

One example is, one somewhat odd and also excessive alteration in variations that has had a number of endeavors to come to market with a few failures and very few reaching market is athletic shoes without having heels. These running shoes have the heel area cut out of the midsole. These kinds of heel less running shoe or floating heel running shoes are designed to ensure that the runner contacts the road using the midfoot or forefoot as opposed to the heel. The idea would be to attempt to stay away from the higher impacts which can be related to heel striking which are supposed is the cause of a lot of running injuries. Hitting the ground with the front foot is assumed to be better for the athlete. The trouble with that assumption is that it just isn’t supported by any information. If anything the data actually supports that the injury incidence in athletes is the same no matter how they hit the road, though they can get different kinds of overuse injury. Consequently there is not any inherent benefit in making use of a heel less running shoe versus a conventional running shoe that enables rearfoot striking. The option of which of these two design characteristics a runner should get is probably going to be based on a whole lot of details. For example should they have a history of heel impact associated injuries, then they don’t have anything to lose by using those heel less or floating heel athletic shoes.

Although this illustration of the heel less running shoe is somewhat extreme it will indicate the dilemma that runners have got in selecting which running footwear is more preferable for them. A great principle is to keep running in the footwear you will be presently in should it be working. A beginning runner or possibly a runner looking to change what running shoes they run in are better off obtaining guidance from the specialist running shoe retailer. They’ll measure the foot contour and also running technique in addition to ask questions with regards to the objectives of the runner and what they would like to accomplish after which match that up with the most effective running footwear to fulfill those needs. 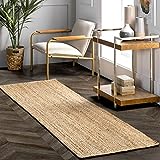 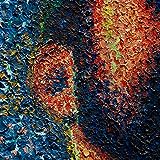